The Nottingham-born actress, known to millions as Detective Inspector Kate Fleming in the BBC hit drama, was given a guided tour by Chief Constable Craig Guildford of the force’s professional standards department as well as other key departments including the force control room, digital forensics and operational support before cutting the ribbon at Thursday’s ceremony.

Vicky, who also recently starred in the exciting TV series ‘Trigger Point’, was accompanied on her tour by her TV producer, actor and writer fiancé Jonny Owen who has previously starred in shows such as ‘Shameless’.

“It’s a real honour to be asked here and see the incredible work that’s being done. You don’t tend to get access to these kind of facilities so I do feel really lucky to get this opportunity.

“The new building is really great and it’s clear the people inside it are working really hard. It’s been a real honour to meet people knowing they’re trying to keep people safe.”

The multi-functional shared blue-light facility, which contains shared office space, a training school, conference rooms, a new police-control room, a sports hall, gymnasium and canteen, is the centre-piece of a wider project to improve and expand the original 1970s-built complex.

The building was constructed on time and on budget by lead contractor Henry Brothers Midlands – a particularly impressive achievement as all the work took place during the pandemic.

Other key developments include the addition of a new circular access road and the installation of an outdoor exercise trail for staff.

The site also contains a joint memorial garden dedicated to the memory of staff from both organisations who have died in service. Chief Constable Craig Guildford said:

“I was delighted to welcome Vicky and Jonny to our joint headquarters and am extremely grateful to them for officially opening our new building.

“We have a lot of Line of Duty fans in the force and it was nice to be able to reward their hard work with today’s visit.

“We’re really proud of our new building and how we are working together with Nottinghamshire Fire and Rescue Service to better serve the public and also save money.

“It’s a project Vicky could relate to given AC-12 underwent its own merger last year. She also knows a thing or two about ‘bent coppers’ and I’m pleased to report she did not have any concerns after meeting our officers and staff!”

“We really enjoyed welcoming Vicky and Jonny here and showing them the great work, our staff do to keep communities safe.

“Most of our staff based at our old headquarters have now moved to joint headquarters and are continuing to settle into their new place of work.

“We’re particularly proud that Pulp Friction, a social enterprise that supports people with learning disabilities, are running the canteen here and providing excellent food, as they did for us at our old headquarters.

“We look forward to continuing work with Nottinghamshire Police at our new home, just as we collaborate together every day for the communities were here to serve.” 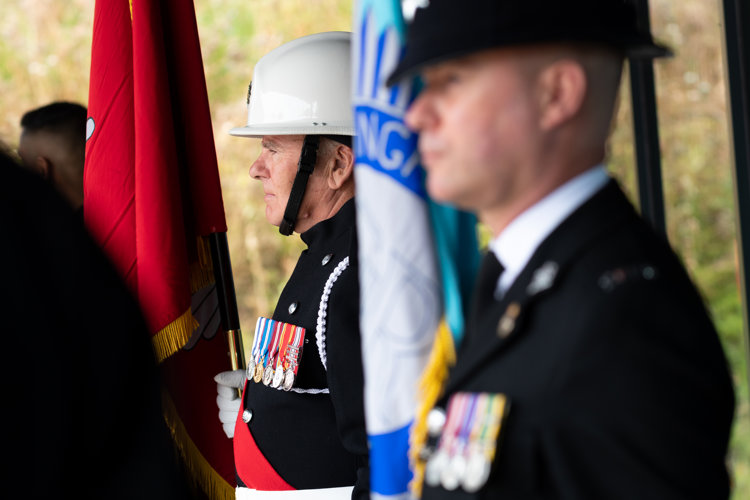 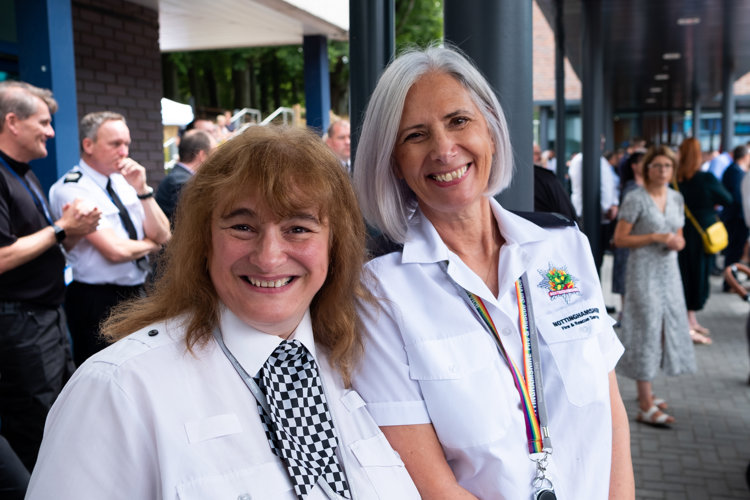