At 3:45pm on Thursday 9 June crews from Highfields White Watch, Long Eaton and Alfreton fire stations were called to reports of a horse stuck in mud near The Strand in Attenborough.

Firefighters arrived to find 6-year-old Magic the horse stuck in a bog, with his head above the marsh. It’s believed that he could have been stuck for a couple of hours before being discovered.

Magic was difficult to spot amongst the vegetation, so crews worked to cut this back allowing rescue equipment to be put in place.

Clearly in distress, Magic was moving around in the bog which made the rescue more challenging for crews to deal with. To deal with the ever-changing situation, firefighters put in place multiple options to help with the rescue.

Magic was eventually rescued from the bog, with the help and encouragement of his owner Hannah.

After a check over from the vet and a wash off, Magic was back in his paddock without any injuries.

Station Manager Ben Clements of Nottinghamshire Fire and Rescue Service said: “We’re very pleased to have helped rescue Magic and get him back to safety.

“This was a complicated incident which involved support from our partners at Derbyshire Fire and Rescue Service and their animal rescue team, along with our swift water rescue team from Highfields.

“I’d like to praise Magic’s owner, Hannah, who calmly helped us with what was a difficult situation. Her help allowed us to rescue Magic quicker.” 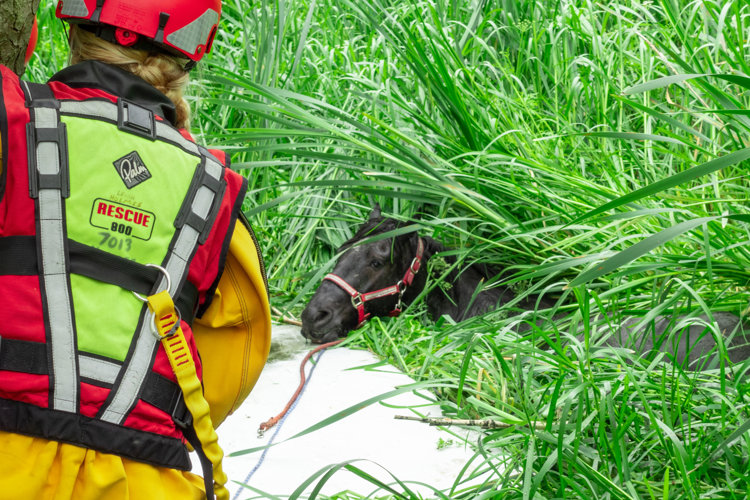