We are currently dealing with a fire involving a car transporter on the M1 South between Junction 26 and 27.

Joint Fire Control received a call at 1.39pm to a car transporter with seven electric vehicles well alight. No other vehicles were involved and there are no injuries.

Both carriageways are closed. There is a large smoke plume and heavy traffic so please avoid the area.

Crews currently on scene are Ashfield, Stockhill and Hucknall. We are being supported by Derbyshire Fire and Rescue Service, Alfreton Fire Station and Clay Cross Fire Station's Water Carrier.

We expect to be there for some time.

Crews remain at the scene and continue to dampen down the fire.

The M1 northbound and southbound remain closed, and will be for at least another hour. Traffic from the northbound side has been cleared, however.

We have worked jointly with partner agencies to put diversions in place. Please avoid the area if possible.

Crews are still in attendance on the M1 but are making good progress. Four of the seven electric vehicles have been removed from the transporter, ready for a convoy at 9pm.

The north and southbound roads remain closed and will be closed until all of the vehicles have been safely removed. This will likely be after 9pm tonight.

Please continue to avoid the area and take alternative routes. Thank you for your patience as we work to safely bring this incident to a close.

All vehicles have now been safely recovered and a convoy to remove them from the road will begin shortly.

Fire engines have started to leave the scene, apart from Hucknall and Stockhill, who will escort the vehicles to a safe storage space.

The north and southbound roads will be opening sooner than expected, and traffic will be moving within the next 30 minutes. 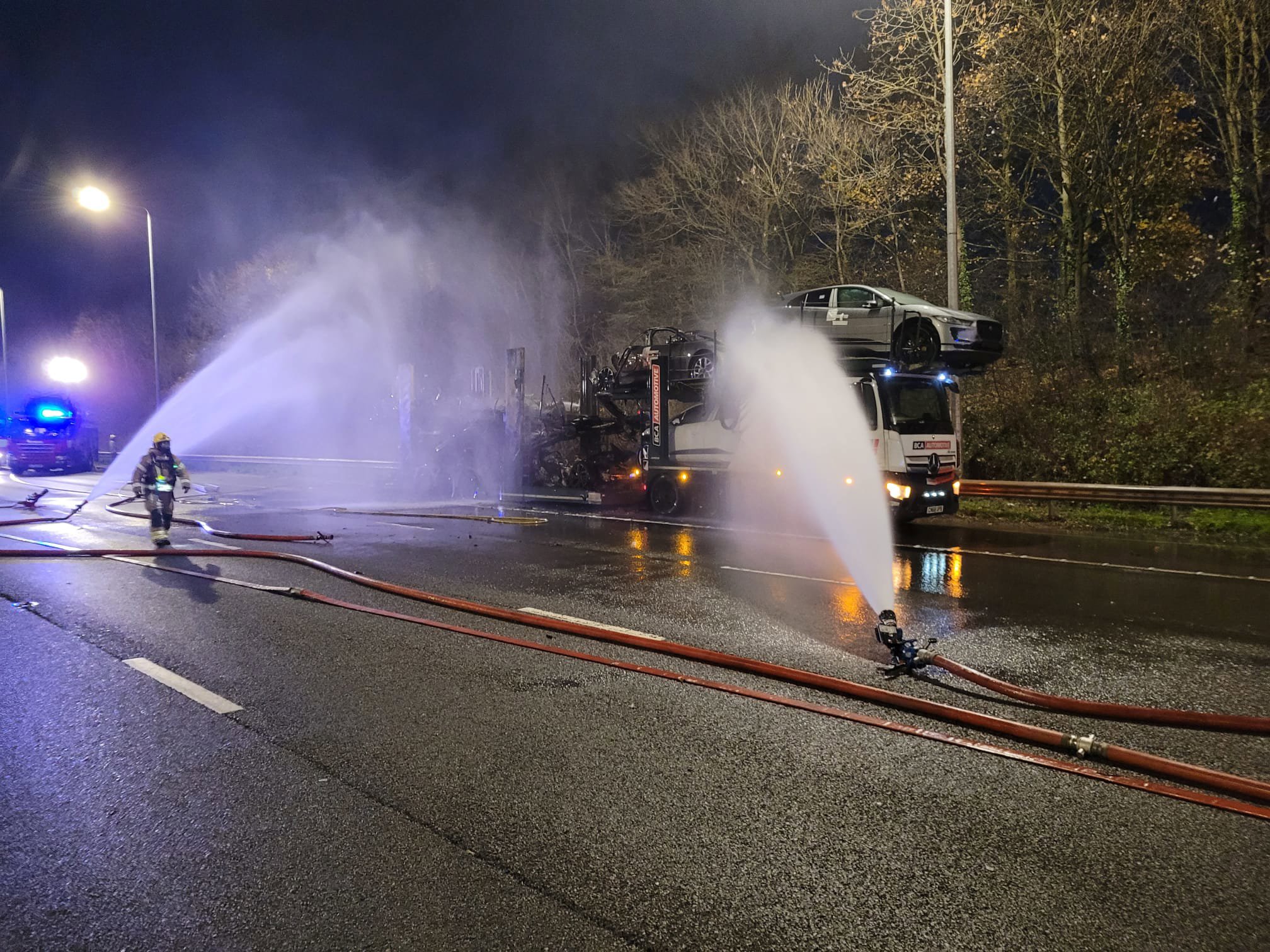